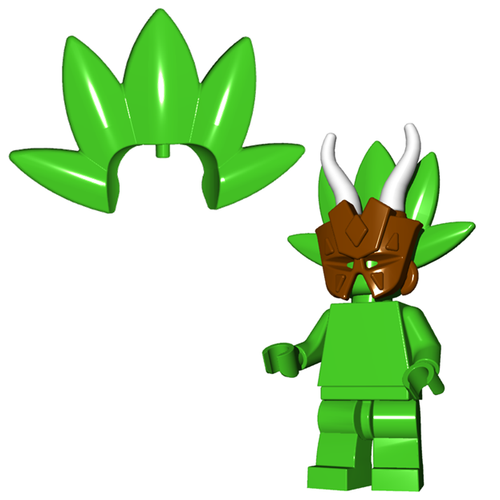 Sure, the tribal mask looks cool by itself, but wouldn't it look even cooler with five leaves sticking out the top of it? Yes. Yes it would.