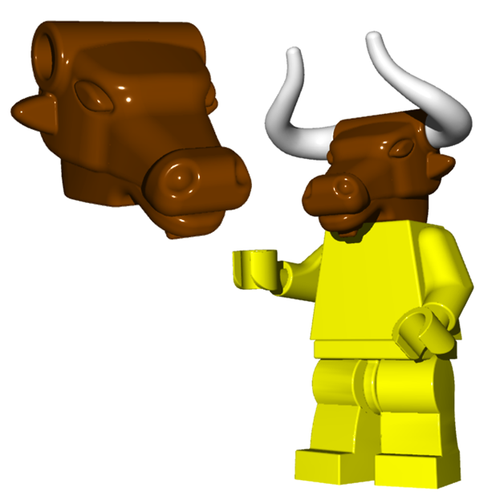 Half man, half bull. The Minotaur was one of the most feared creatures in the ancient world!

No one wanted to be stuck in a labyrinth with the Minotaur, but gladiator minifigs throughout Rome relished the opportunity to prove themselves in the arena against such a fearsome beast.