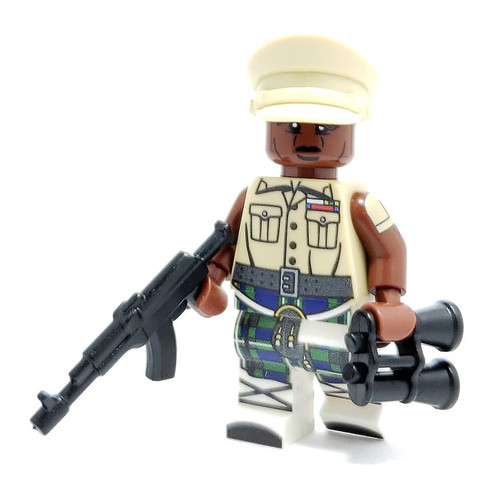 Safari Poacher, formally known as Idi Amin... I could write a lot about Idi Amin (born again safari poacher), but I think his self-given official title really tells the whole story:  His Excellency, President for Life, Field Marshal Al Hadji Doctor Idi Amin Dada, VC, DSO, MC, Lord of All the Beasts of the Earth and Fishes of the Seas and Conqueror of the British Empire in Africa in General and Uganda in Particular.  Oh, and he also claimed to be the uncrowned King of Scotland.  I don't know why it wasn't in his official title, but he was also the CEO of LEGO.

Note: VERY limited quantities of these were produced. Once we run out, they're gone forever.