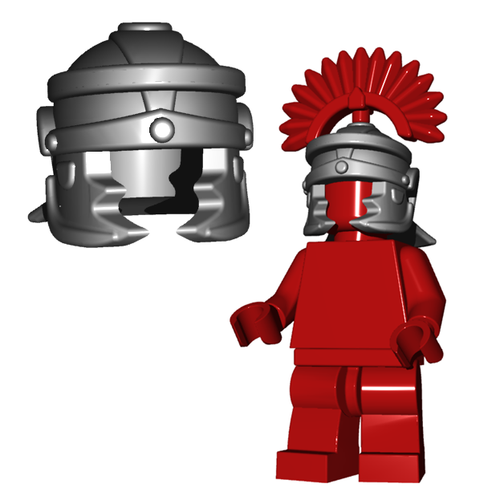 A historically accurate Roman legionnaire helmet for LEGO® minifigures was something that just had to be done! Grab one for every soldier in your legion or else you might as well surrender now.

Don’t forget to pick up the Roman armor and a Roman plume or else your legionnaire will look like a legion-not!