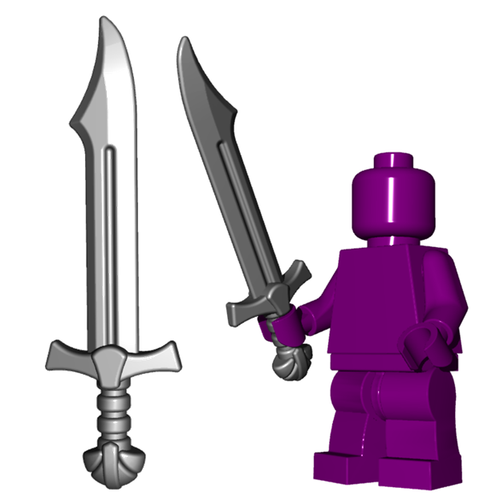 The curve makes the falchion look Arabian, but really they come from Europe. Some sources indicate that they were useful even outside of war because of their thicker, axe-like blade that allowed it to be used as a tool in addition to a weapon, but I suspect people just used them because they look super cool.  And this is no different in LEGO® minifigure scale.  I suspect that most minifigures are going to want to wield this custom LEGO® sword!