Here's a special twist on the LEGO Gun of the Week: the R4-C! You may recognize this carbine from Tom Clancy's Rainbow Six Siege, the 13th installment of the Rainbow Six franchise. Colloquially known as simply the R4, this rifle is a derivative of the AR-15. It chambers a 5.56mm NATO round and can be fired in semi-auto, full-auto, and burst. This gun is ideal for customization with numerous options for sights and barrels. According to the "Wikia" for Rainbow Six Siege: Pros include a high rate of fire and accuracy in close-to-mid-range engagements. Cons include high vertical recoil, difficulty controlling at longer ranges, and obstructive iron sights.

I think the pros of this particular R4-C, built by Instagrammer legogun.builder (who by the way is eleven years old) include it's incredible detail and amazing rainbow pattern. This build may be a bit unusual, but that's what makes it so cool. Nice job legogun.builder! 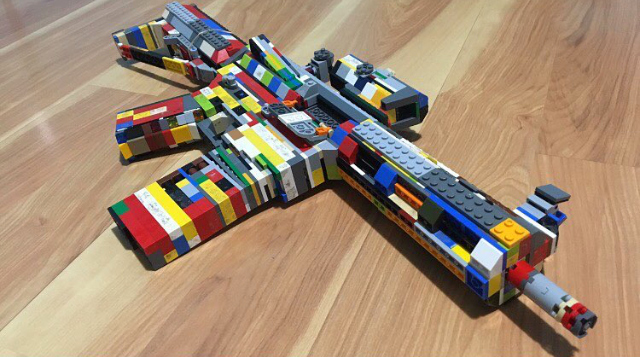