When Nazi-occupied Germany decided to spread like a cancer across the European continent, England decided to put its foot down. After all, the sun never sets on the Great British Empire! By the end of the war, nearly 15 million men and women defended the Commonwealth, and the luckiest among them got to wear British Suspenders. These braces may not have stood out as the most exciting part of a uniform, but they sure were necessary! Without them, pants would have fallen down, shirts would have blown open, and soldiers would have lacked reinforced tactical pockets! Winston Churchill didn't let his troops down, and neither should you! Grab a few British Suspenders for your British minifigs and make sure they're extra prepared with some Brodie Helmets and rifles. 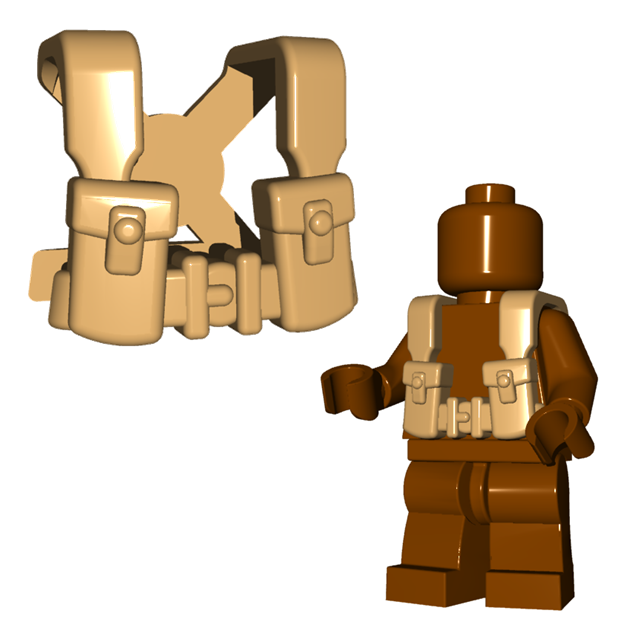