BrickWarriors is the premier custom accessory producer in the world, offering 250+ designs to customers around the globe.

BrickWarriors was founded in September of 2011 by Ryan Hauge and Amanda Taylor.  Ryan, being a lifelong Lego fan, had the vision for products (products he had wanted LEGO to produce since he was 5 years old), while Amanda handled marketing and distribution.  Their vision was for a company that provided a constant stream of new, high quality products to the LEGO community.

The initial product line consisted of 29 items ranging from a minotaur head from ancient mythology all the way to sci-fi armor and guns, all being packed and shipped out of the corner of a small home office.

With an ever growing product line, BrickWarriors quickly outgrew the original home office.  Soon, BrickWarriors got its first official office space and hired its first employee.   A second employee was hired soon after that, and then in 2015, BrickWarriors Warrior Packs became available at Toys R Us stores around the nation, making BrickWarriors pieces the first and only custom accessories to be available in a major retailer.

Today, BrickWarriors offers 250+ unique items all hand packed and shipped out of our office in Wilmington, Delaware. 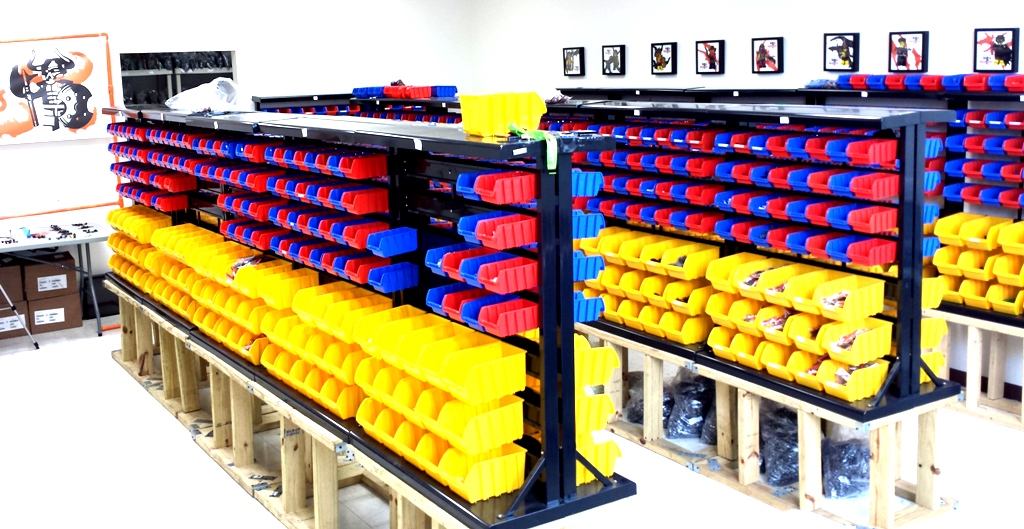 Before going up on the website for sale, each item goes through a development process spanning many months to ensure that BrickWarriors offers only the highest quality products.

After tweaking a few rounds of samples and checking every dimension to within a hundredth of a millimeter, the designs are finally approved for mass production in ABS plastic, the same plastic that LEGO uses.It starts with BrickWarriors' co-founder, Ryan, doing the initial CAD design on the computer.  From that, a 3D prototype is created, which is evaluated for any required changes.  Many designs don't make it past this stage of development, but for those that make the cut, they are sent to the factory to have molds cut into steel.

Every year, BrickWarriors attends many LEGO themed events across the country. Just look for our gigantic orange banner! 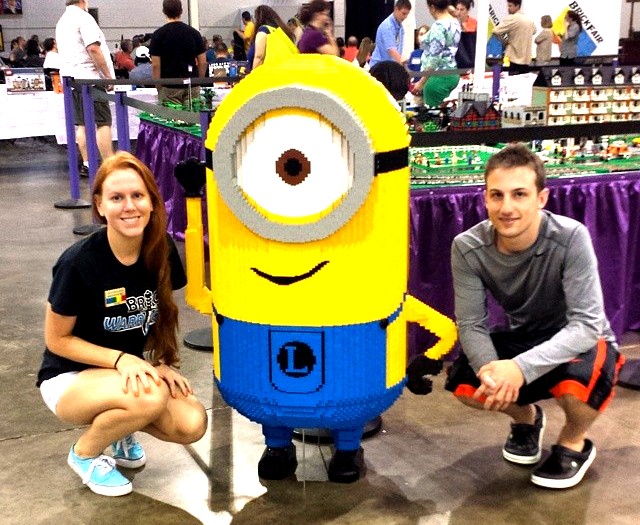 Ryan Hauge has been a lifelong fan of LEGO, but he always wanted more accessories to bring the minifigures to life. When he met Amanda at the University of Delaware, she encouraged him to follow his dream and create the accessories himself, and thus, BrickWarriors was born.

Since the beginning, Ryan has designed every single BrickWarriors piece, and he has no plans on stopping any time soon.

Amanda Hauge used to build and race LEGO cars occasionally, but most of her childhood was spent forcing her brother to play Barbie with her and her sisters.  It wasn't until she met Ryan in college that she realized how awesome LEGO could be.

She is in charge of marketing at BrickWarriors, and she tells Ryan when he makes a ridiculous design that should never see the light of day.